The Grand Seiko Snowflake needs no introduction. Whether you’re thinking of the modern SBGA211 or its predecessor, the SBGA011, the Snowflake is undoubtedly Grand Seiko’s most recognizable model. But is it a bit too recognizable?

As watch collectors, we want to stand out. No one want to be caught wearing the same thing as another guy in the room. The truth is, the Grand Seiko Snowflake might be a bit too ubiquitous. Yes, we all know about the dial. Yes, it is indeed gorgeous in person.

But it’s been around for ten years now, and if we’re going to nitpick (which as watch enthusiasts, we all inevitably do), the Snowflake has a few glaring flaws that might be difficult to overlook.

If that sentiment resonates with you, then check out these five great Grand Seiko alternatives that just might do the trick. While all these watches are produced by either Seiko or Grand Seiko, they cover a wide price range and each provide a unique value proposition.

If you need just any white dial Seiko or Grand Seiko and you’re on a budget, the SARB035 has to be at the top of your option list. It has similar branding as well as the same date window at 3 o’clock.

The differences? It’s quite a bit smaller at 37mm versus the Snowflake’s 40mm, the dial is more closely resembles champagne than snow, and of course you don’t get a titanium case or Spring Drive movement.

With a market price between $350 and $450, this watch will set you back less than a tenth of the cost of an actual Snowflake. And while the model was recently discontinued, they’re still quite easy to find. Check out our review of the SARB035 here.

You can also enter our giveaway for the chance to win your very own SARB035. The giveaway ends on August 15th, 2020.

Moving on up a bit in the price range, we find ourselves looking at the Seiko SARX055. This watch is almost a Snowflake; so much so, in fact, that it has been dubbed by collectors as the Baby Snowflake!

The SARX055 is part of the Presage collection and features a frosted dial, an interesting texture in similar vein as the Snowflake while still remaining unique. It also features a similar bracelet design as the Snowflake, as well as a titanium case.

That’s quite the value proposition at a price point of under $1,000. You’re still solidly under Grand Seiko Snowflake territory, at around a quarter of the price. One complaint is that you’re not getting a mechanical upgrade from the SARB035; the SARX055 houses the same 6R15 caliber.

However, it’s obvious where the money went in this model. In fact, you can basically find upgrades everywhere besides the movement. And if you can live with that, this might just be the Snowflake alternative for you.

Next up, we have the SBGA407. This model, nicknamed “Skyflake” due to the dial color, is basically a Snowflake dressed up for a more formal occasion. The dial still has the texture of a Snowflake, but the color is a light blue instead of snowy white, the source for the nickname.

How has the Skyflake been dressed up? For one, it comes on a dark blue crocodile leather strap instead of a bracelet. Also, the case shape just looks dressier, with more pronounced lugs. However, at 12.8mm thick, the watch is 0.3mm thicker than the original Snowflake.

On the secondary market, the Skyflake is traded much less frequently, which is expected given the more limited appeal of dress watches and the popularity of the Snowflake. However, based on our data, the Skyflake retains value better than the Snowflake, despite both retailing for $5,800.

According to some accounts, this could be because the Skyflake is a relatively difficult Grand Seiko model to come across at retail.

Based on our data from forums and eBay, expect to pay around $4,800 to $5,400 for a Skyflake on the secondary market. That’s good news if you’re buying new, as you can expect stronger value retention. If you’re buying pre-owned, you’ll still save a decent amount of money, especially after tax.

Yet another variation of the Snowflake, though the SBGA259 resembles the classic much more closely than the Skyflake. Same case shape, same bracelet, etc. However, take just one look at this watch and you’ll immediately notice the difference.

That’s right, the SBGA259 features gold markers and hands, instead of the stainless steel ones on the SBGA211. Even the heat-blued seconds hand has been replaced by one in gold. This distinction gives this watch its apt nickname, the Golden Snowflake.

At MSRP, the gold hands and markers will set you back an extra $100, with the Golden Snowflake retailing at $5,900. One the secondary market, the value retention is quite strong, with the watch trading between $4,300 and $5,300.

Like the Skyflake, the Golden Snowflake is also a lesser known model. In fact, its predecessor, the SBGA059, was originally made only for Grand Seiko boutiques and the Japanese domestic market. The gold hands and markers, while a small change, provide a feeling of warmth to the watch that the original Snowflake lacks.

In the watch world, the truth is the vast majority of limited editions are flops. But collectors took notice when Grand Seiko unveiled three new limited editions for 2018, to celebrate the brand’s entry into the U.S. market. The SBGA387 is one of those three limited edition models, and the only one that is actually priced attainably.

The dial texture is definitely the standout point of this watch. The design is inspired by a Japanese painting technique called Kirazuri, which translates to “sparkling painting”. Like many of Grand Seiko’s special dials, the depth and texture of this dial is most suitable for appreciating in person.

The Grand Seiko Spring Drive Kirazuri was limited to only 558 pieces, a true limited production as opposed to some of the 7,000+ piece limited editions from other brands (cough, Omega). The watch retailed for $6,800, and I remember it being attainable for $5,500 to $6,000 upon release.

However, things have changed and within two years the watch is now trading around or above retail. Though our data pegs the secondary market value at between $5,900 and $6,600, recent sales have likely been higher. One example sold with an asking price of $7,999 on Reddit WatchExchange just a few weeks ago.

Which Snowflake alternative is your favorite? Are there any other options worth considering that I’ve missed? Let me know in the comments below! 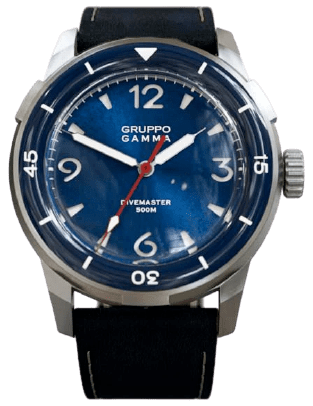